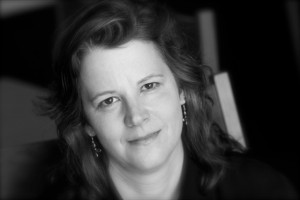 into documentary filmmaking. While listening to the radio, Ms. Hartman heard about the book club, and was prompted to meet the women in person. She was instantly moved by the close-knit group, and decided to tell their story on film, with the anticipation that others would be as strongly affected by their almost-seventy-year relationship.

Discussing what inspired her to make the movie, Ms. Hartman says, “I was raised by my grandmother, so I have always had an affinity for older people and really admire the spunk of these gals. I never want to lose my desire to learn new things and to keep up with what’s going on in the world, even when I reach the point where the world seems to be changing faster than I can keep up. I saw that kind of spirit in my grandmother as well, and I would imagine that’s what drew me to these ladies, that and my love of books.”

On how the women have influenced her, Ms. Hartman says, “I am very honored that the ladies let me into their lives and allowed me to tell their story. I am very inspired by them as well in terms of their commitment to each other as friends. I feel like that’s something we’ve lost in our society today.”

While discussing the film’s charm, Ms. Hartman says, “Obviously this movie will appeal more to women, but I think some men might enjoy their pluck and spirit as well.”