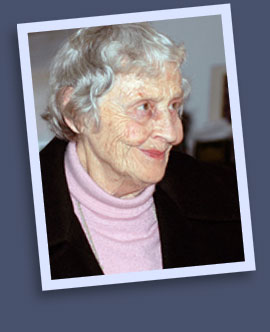 Jeanne had a friend who started the club, and joined soon after its incarnation when a vacancy arose. She had an interesting career in the FBI while J. Edgar Hoover was in charge, and eventually married an agent. After Jeanne and her husband started a family, she chose to be a stay-at-home mom because both of her parents died when she was younger, and Jeanne and her two brothers were raised by their grandmother. Jeanne is thankful for the support of the book club, as her husband suffered for many years with depression before he was diagnosed with a chemical imbalance. Her motto is “Be grateful for what you have and try to meet the challenge that lies ahead.”